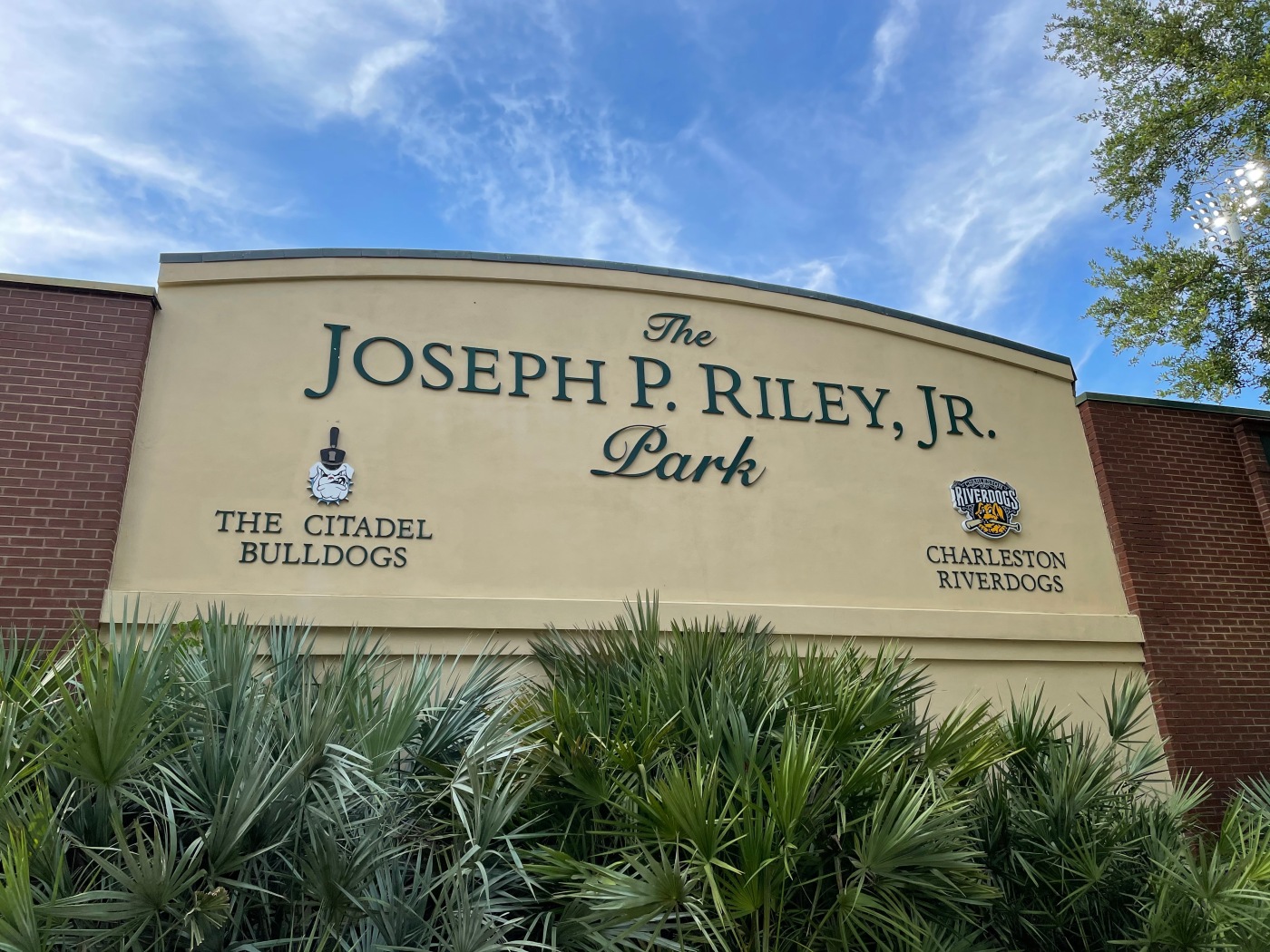 I found myself in Charleston, South Carolina on business last Wednesday. It happened to be the first time I had ever been to Charleston, so I was slightly disappointed to spend all day in meetings and miss out on seeing some of the history that the city has to offer. But, after the work day was done, I found the second best way to enjoy the city: a ballgame at “The Joe” to see the Charleston RiverDogs take on the Fayetteville Woodpeckers.

Of course, the official name of the ballpark is Joseph P. Reilly, Jr. Park, but I didn’t meet anyone who referred to it by that name. It’s a lovely little field at the edge of town along the Ashley River and abuts a swamp along the first base side of the park. It looked to me like the area around the park is being built up to welcome new residents to Charleston. (Apparently the area is getting 50 or so new residents each day. Wow!) The sightlines at the ballpark are fantastic, and there didn’t look to be a bad seat in the house.

The RiverDogs are newly re-affiliated with the Tampa Bay Rays this season, and they played like you’d expect a Rays team to play: solid pitching, good defense, and timely hitting. That was a winning combination on the night as the RiverDogs parlayed one productive inning into a 2-0 win over Fayetteville.

I’ll be back in Charleston again sometime soon to take in the history. I’ll be sure to make a trek to The Joe again too. It is well worth the time and effort.