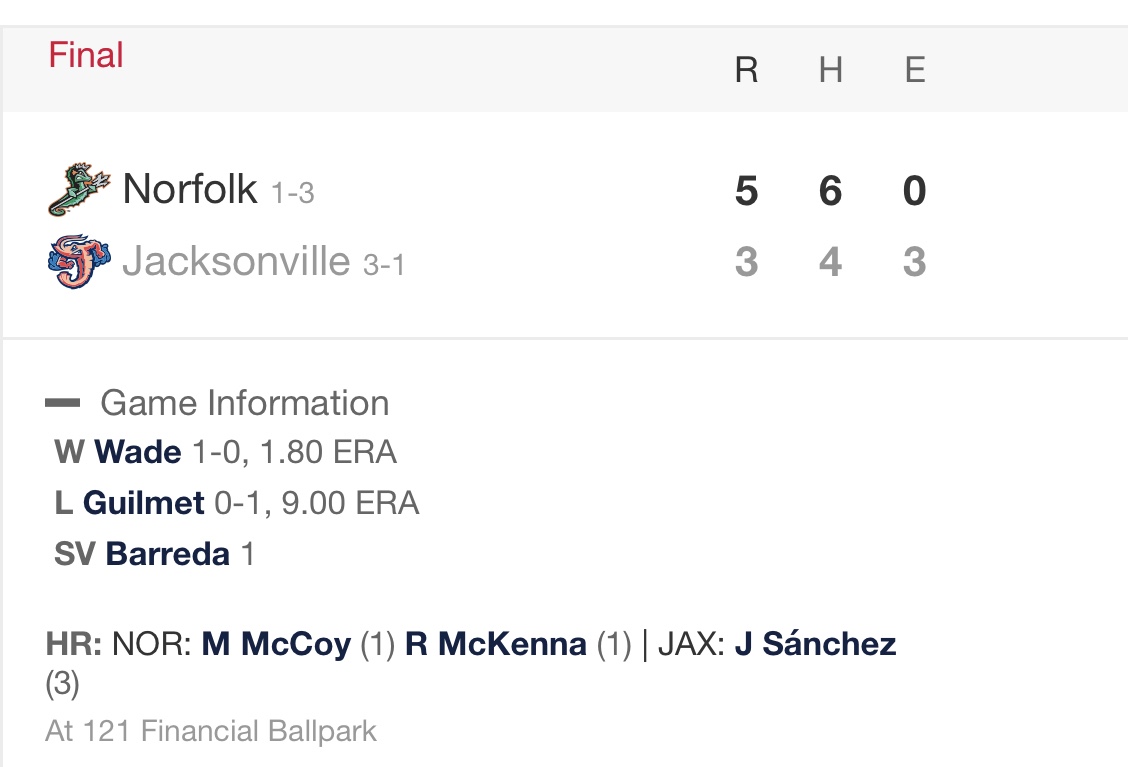 The run wasn’t going to continue forever. We all knew that. But, it’s a sad day nonetheless. For the first time since September 11, 1968, the Jumbo Shrimp were defeated by a Triple-A team. Hell of a run guys.

The old chestnut that “defense may not win you games, but they sure can lose them for you,” holds true once again as the Shrimp committed three errors leading to runs. Giving up back to back home runs didn’t help either.

The red hot Jumbo Shrimp offense was held in check on Friday evening, as the team was limited to four hits. Once again, Jesús Sánchez led the way with two hits, including his third home run of the season. He is still batting a slick .647, which I’m told by reliable sources is very good.

Norfolk got outstanding relief pitching from Konnor Wade to hold the Shrimp in check. Mason McCoy led the way for Norfolk going 2 for 4 with a home run.

The teams are back at it tonight in Game 5 of the six game set. Josh A. Smith goes for the Shrimp. Game time is 6:35 pm, and it’s bobblehead night, so get there early if you want to get yours!