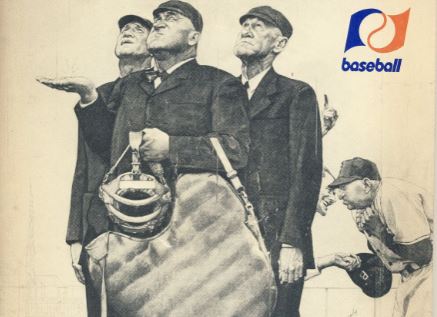 Major League Baseball is looking for its Great White Buffalo – you know, that magic, wonderful, amazing, and concrete rule change that will simultaneously shorten the length of games, while also increasing fan interest in the sport for decades to come. But so far, it hasn’t been found. The folks in the Commissioner’s office have tried many things over the last 25 years, both legal (automatic intentional walks, three batter minimums for pitchers, reducing trips to the mound) and not-so-legal (ignoring steroid use, juicing the ball, ignoring illegal substance use by pitchers)…but the games keep getting longer and the fanbase continues to grow older.

The effort to catch lightning in a bottle continues in 2021 with a series of new rule changes in the Minor Leagues, along with some experimental rules in MLB-affiliated Atlantic League play. The changes are as follows:

In the Atlantic League, MLB will experiment with moving the pitching rubber back a foot to 61 feet, 6 inches during the second half of the season. It will also try the “double hook” rule where a team loses the Designated Hitter when the starting pitcher is removed from the game.

I understand the impetus for these rules. I really do. Each of them are designed to improve offensive play by increasing offense – the batting average on balls hit in play or allowing baserunners more freedom – because MLB has a real problem with the game evolving into the three true outcomes of Home Run, Walk, or Strikeout. I mean, baseball has only about 17 or 18 minutes of actual action during a 3+ hour game, so they feel the need to do something to hold the attention of the folks who have more things to pay attention to in their immediate surroundings than ever before. Curiously, the league has done nothing to address the fact that pitchers are throwing faster than ever and batters just aren’t able to keep up. Or that pitchers, in order to throw harder and faster, are taking much longer between pitches to recover, thereby slowing down the overall pace of the game.

So what is the solution to pace of play? I honestly don’t know that I have the surefire answer to this. But it does seem like a pitching clock would help speed things along more than anything. (It exists in MiLB, players are used to it, and games move along.) Shortening the time between innings would help as well. (Cue the hue and cry about lost tv sponsorship revenue – sell an ad on the scorebug or something – but that might save 10-18 minutes). Reducing or eliminating replay for everything but boundary calls would be helpful. (Play the game, accept that nothing is ever perfect, but MLB umps are darn good.) Pitching changes should be timed and made without the whole team converging on the mound. Unless it is an injury, have the reliever ready to go. In an era where starters can’t seem to go more than 5 innings, and there is a parade of relievers each game, this would also speed things up. Moreover, the umpires must be willing to enforce these pace of play rules.

Finally…Major League Baseball must stop acting like a corporate behemoth designed only to earn billions for the team owners. It needs to think about long-term strategy, not just short-term gain. It must rediscover and recommit to its grassroots history and realize that spending money to promote baseball means that long-term, more people will spend money on baseball. More baseball means more fans. Baseball must make itself more open and available to everyone of all ages. Little League is great, but the increasingly exclusive development pyramid loses too many players to other sports. Baseball must also make a concerted effort to promote the game in minority communities nationwide – and it MUST do a better job of telling this story for all to see. Players and management need to be more accessible at all levels to the community, and not just to corporate broadcast partners.

I know that the answers to the pace of play and popularity questions are not simple, and my solutions are far from comprehensive. But they are a start and aren’t gimmicks. If anyone else has a solution, please let me know in the comments or by e-mail. Better baseball for all is ultimately what we want to achieve.